Basics of RFID—Active/Passive and BLE 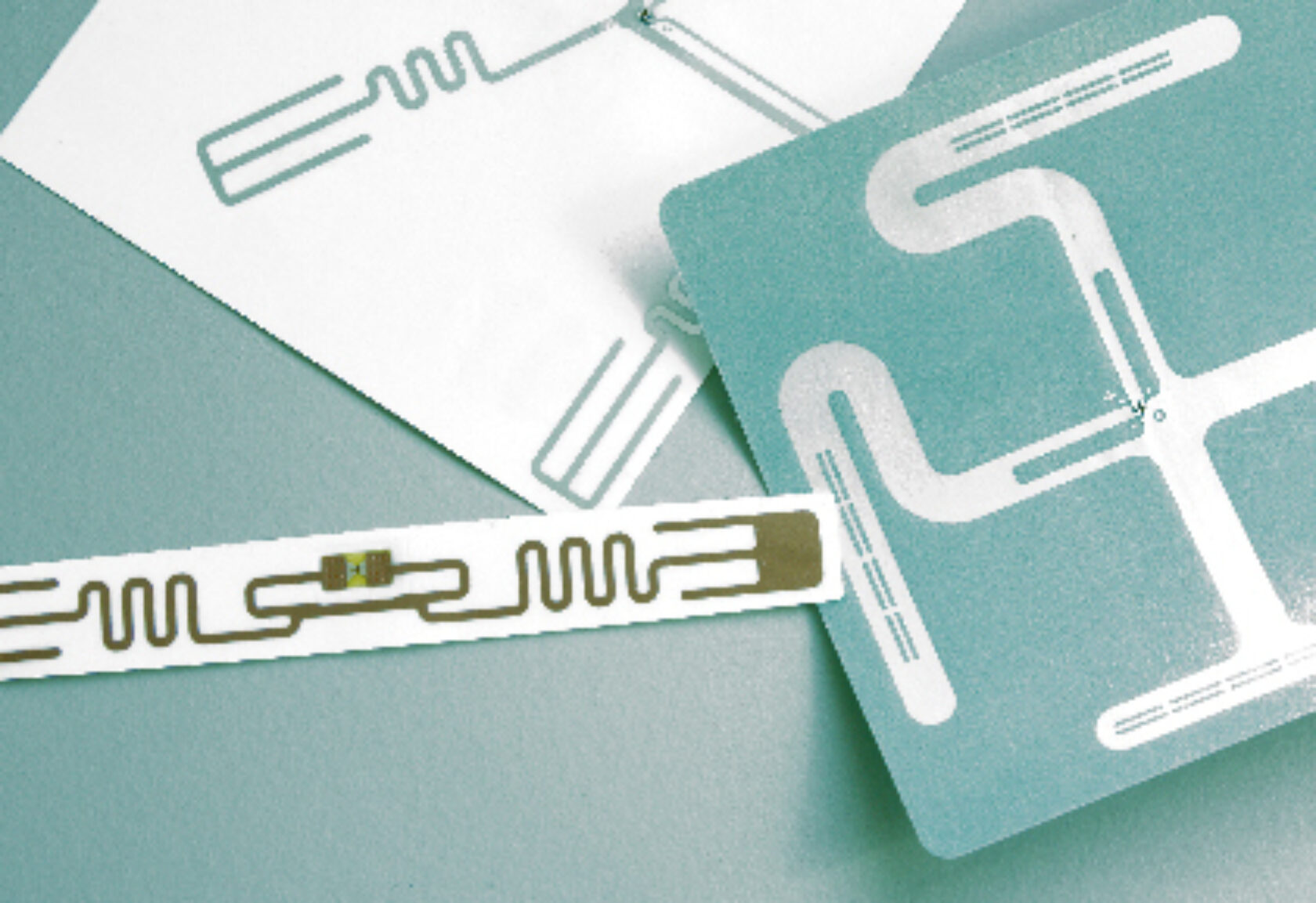 Basics of RFID—Active/Passive and BLE

When researching IoT networks, you’ll commonly come across tags that use either RFID or Bluetooth technology. Both can serve similar purposes, but they work in entirely different ways. Terminology is also important, so before examining the benefits of the technologies — it’s important to understand precisely the terms being used.

As we will describe below, both passive and active RFID technologies can provide automation into many processes by reducing the manual labor of monitoring or inspecting. This frees up teams to handle other tasks and focus on more productive efforts. It also saves money, as it reduces the overhead of employees dedicated to asset tracking.

Types of RFID: Active and Passive

RFID (Radio Frequency Identification) is a catch-all term used for a system that communicates using radio waves between a reader and an electronic tag or beacon. At the highest level of classification—the world of RFID can be broken down into ‘Passive RFID’ and ‘Active RFID’. Typically, the term ‘RFID’ is used as shorthand for Passive RFID, but for the purposes of understanding, it’s good to distinguish between the two.

Both Passive and Active RFID can communication at different radio frequencies; in the passive RFID world these frequencies are distinguished by acronyms (LF, (Low Frequency) VHF (Very High Frequency), and UHF (Ultra High Frequency). Some alliances among ecosystem members (passive tags, passive tag readers, software suppliers, etc.) have formed to broaden their market and simplify deployments. The most notable of these is the RAIN Alliance formed in 2014, which has been a very successful alliance of over 150 vendors who deal with UHF passive systems.

In the active RFID world, technologies are sometimes described by frequency (900 MHz) or by acronyms—Wi-Fi, LoRa, BLE, etc. to describe the frequency and/or protocol used for the wireless communication.

Given this explanation, it's easier to understand some of the nomenclature used in this field—and some of the characteristics of each of the technologies.

Typical examples of passive RFID tags are in the retail industry where passive RFID tags are attached to inventory and can be used for the Automatic Identification (Auto-ID) of an asset using specialized devices designed for Auto-ID. This usually requires manual action to ‘scan’ or ‘wand over’ the passive RFID tags; they can also be used for merchandise security—as they pass through a portal (typically near an exit/doorway) they can trigger an immediate alert if they have not been properly removed/disarmed. One of the key advantages of passive tags is their cost—they can be very inexpensive (5 cents or lower for the simplest types of retail tags described above) up to $1+ for complex passive tags that are ruggedized, or that operate when attached to metal or other challenging surfaces. In contrast to active RFID tags, passive RFID tags are typically specialized for the item surfaces to which they are attached; a tag suitable for attachment to cardboard would not function correctly if attached to metal.

Active RFID (Radio Frequency IDentification) tags are usually continuously communicating or sending a signal at a fixed time interval. This communication usually requires a battery (or other external power source) and frequently also contains battery-powered sensor (temperature, humidity, etc.) data which is also sent with the unique tag ID. The receiving device processes the signal strength at which the tag signal is received, as well as the sensor data, to provide some idea of location and the condition of the asset to which the tag has been attached.

Active RFID tags have historically been used for expensive assets or personnel tracking in hazardous environments (oil and gas workers, underground mines, etc.). Because of the fact that active tags typically require a battery and additional circuitry, they are typically more expensive than passive tags; hence limiting the number/types of use cases for which they are economically viable. Active tags are much more flexible with regards to the items to which they are attached—the same tag can generally be used on metal, wood, cardboard, etc.

As described above, passive and active RFID operate in different ways, and as such, are well suited for different types of use cases/solutions.

RFID systems are typically made up of three components:

In a passive system, a reader sends radio signals to activate the tag, the tag then responds, and the result is ‘read’ by the reader and passed along via Wi-Fi or wired network connection to some software system—either on premises or (in some cases) cloud-based.

In an active system, the tag sends data periodically (because of its battery power) to a reader/receiver, which then sends data to a software system—sometimes directly, sometimes via a gateway. The time interval must be chosen judiciously to provide data with appropriate latency without sacrificing battery life.

As described above, Bluetooth is a type of Active RFID. However, some of the key characteristics of Bluetooth provide unique advantages over most other active RFID technologies. Bluetooth is a wireless, short-range communication technology used to allow two Bluetooth-compatible devices to communicate. It began in 1994 by a consortium of companies that included Nokia, Toshiba, and many others. and now is maintained by the Bluetooth Special Interest Group (SIG), which was formed in 1998. In its most basic form, Bluetooth is simply a specification to use low-power radio waves to link a variety of devices, including computers, phones, and even music page-turners, wirelessly.

Because the frequency of Bluetooth is higher than UHF RFID, the signals tend to be more prone to reflection or multi-pathing than RFID. This can be an advantage as a way for the signals to avoid blockers to their progress and allow assets to be more visible.

Bluetooth Low Energy is an additional protocol in the Bluetooth stack introduced as a part of Bluetooth 4.0. It is a newer technology that’s been developed for the IoT space and enables more efficient use of smaller batteries (often coin cell sized) and other power sources. Bluetooth Low Energy essentially works the same as the Classic Bluetooth protocol originally designed for connecting audio devices, but they consume less power.

Bluetooth Low Energy is an inexpensive technology and — as with Classic Bluetooth — there are almost no compatibility issues with devices built by different manufacturers. Bluetooth Low Energy uses frequency hopping via the 2.4 GHz band, allowing the signal to withstand interference. The fundamentals of this algorithm were originally devised and patented by Hedy Lamarr, the Hollywood actress more famous for her looks than her invention.

As you can guess from the name, Bluetooth Low Energy offers a dramatically lower rate of power consumption. This means the device can stay live for a much longer time without the need to charge or replace the battery versus older versions of Bluetooth or other active Wi-Fi technologies mentioned above.

Given the above distinction between Bluetooth Tags and Passive RFID tags given above, which can both be used for asset tracking, but which approach leads to the best results?

Bluetooth systems can provide information in a more automated way than RFID tags (no human intervention is required) and also have efficiency on their side:

Bluetooth Low Energy tags (also called beacons or Bluetooth Beacons) are also extremely cost-effective as they use inexpensive semiconductor chips and have a very low power consumption rate. In addition, Bluetooth beacons are viable for many different types of material to which they can be attached (vis a vis passive tags). However, passive RFID tags (by themselves) are generally less expensive than Bluetooth beacons.

But while passive RFID tags help you save on overhead costs, that cost-saving comes at the expense of other useful benefits. Namely, passive RFID systems can be difficult to put together, with tag integration requiring the three separate components we mentioned earlier, frequently from 2-3 different vendors with limited interoperability. Plus, there’s always the expense of your RFID reader to consider too — and this tends to be more costly vs the necessary Bluetooth equipment.

Why choose between the benefits of passive RFID and Bluetooth tags for your tracking system?

Wiliot IoT Pixels can provide some of the best benefits of both types of systems, without compromising cost. Wiliot pixels are a low-cost, small-size, flexible tag the size of a postage stamp, that contains a computer and the technology to harvest energy from radio waves. The simplicity of the tags means they are far less costly than other Bluetooth beacons or Bluetooth Low Energy tags, because they offer the capability of being battery free Bluetooth communicators. Their ability to harvest energy means they can behave like an active BLE tag, emitting a data packet without having to be energized by an expensive reader, and because they are Bluetooth Low Energy based they can utilize the low cost Bluetooth Low Energy reader infrastructure. Furthermore, the Wiliot software system is cloud based, simplifying setup and integration.

Get the best of both worlds with Wiliot Pixels. 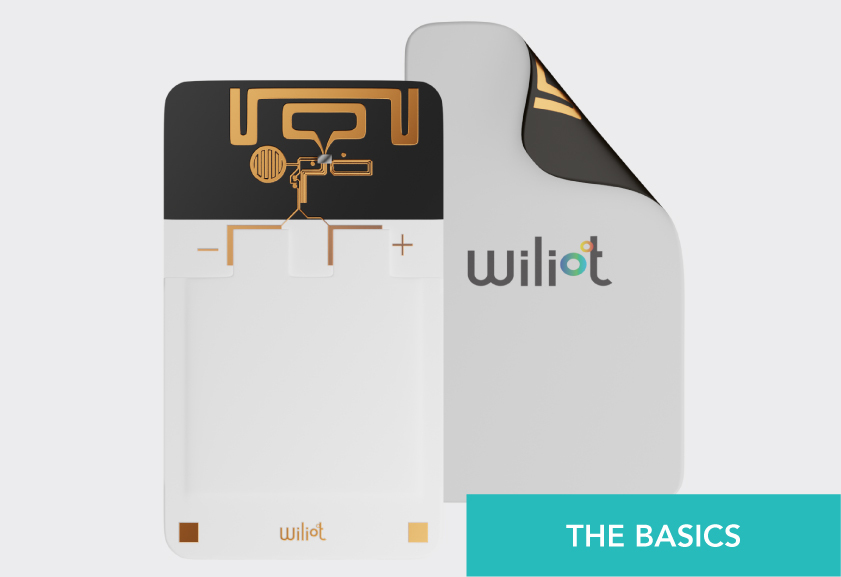 What is a Bluetooth Beacon and How Can It ...
Bluetooth(R) beacons are devices that have distinctive characteristics that make them applicable ...
Read more 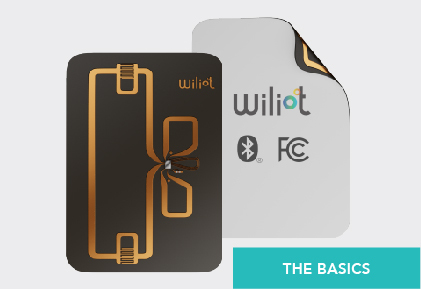 How a Bluetooth Sticker Makes it Easy to T...
A Bluetooth sticker is a small device that can be attached to virtually anything to track its loc...
Read more 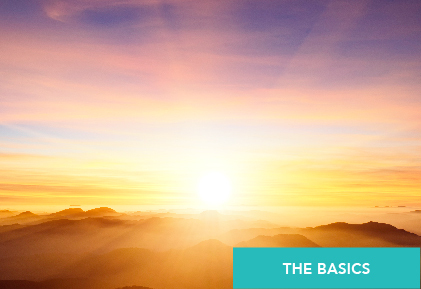 Energy Harvesting for Battery-Free Bluetoo...
The Internet of Things (IoT) relies on the ability of network-connected devices to send and recei...
Read more
Cookies policy